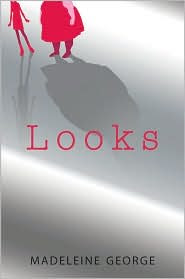 Meghan may be the "fat girl" and the largest girl in the school, Aimee may be a razor thin and unknown new arrival, but between them they share a mutual enemy and have the opportunity to right a series of wrongs. Ultimately a story of revenge, this novel is also a series of observations about cliques and standing up for oneself.

There are some nice commentary and the adults are refreshingly observant and aware, but the overall story is scattered and lethargic. Worse, subplot after subplot (from Aimee's eating issues to Aimee's relationship with her mother's ex-boyfriend) peter out without any serious attempt to achieve resolution. Even the overall settling of scores is left inconclusive. It felt largely like George liked bring up conflicts but lost interest in the characters.
Posted by Paul at 3:57 PM No comments: 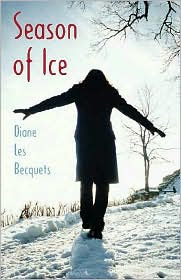 In the late Fall, Genesis's father goes missing. They quickly find his truck and his boat, but the body (for it seems likely that the worst has happened) is not found. Before the search can get much further, the lake begins to freeze over and the search must be delayed until the Spring. In that winter, Gen and her family deal with the uncertainty and come to terms with their loss. Gen spends the time searching out friends of her Dad's to try to learn more about him.

A well-written, but ultimately dull story of grief. The author has a good sense of the characters and the community she portrays is rich and colorful, but the story does not go anywhere. The jacket blurb's promise of romance, for example, is largely unrealized. Other subplots fizzle in similar fashion. It is a pretty work but a purposeless exercise.
Posted by Paul at 3:51 PM No comments:

I Know It's Over, by C K Kelly Martin 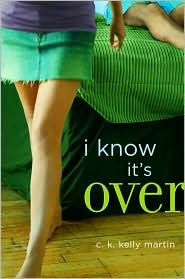 Nick and Sasha have a great little summer romance with a dose of sex thrown in with a good measure of awkward first-time clumsiness thrown in. But after Sasha breaks up with Nick (truth be told, he's a bit of an asshole -- so much so that some reader before me wrote as much in the margin of page 30!), Nick struggles with getting over her -- a problem which is exacerbated when Sasha announces that she is pregnant.

This is a finely written book but I was prejudiced against it because of an overenthusiastic publicity department. There is no worse deed that your publisher can do for you than to get one of my favorite authors (Lara Zeises) to write a blurb on the back of the book that compares this novel favorably with two of my other favorite authors (Sarah Dessen and John Green). Talk about setting uber-unrealistic expectations!

It is a very nice book and addresses rather sensitively the struggles that Nick goes through in a very believable and realistic fashion (this is one of those rare cases where I can speak with some authority that what Nick was thinking and going through rang true). Martin has a good feel for teenage sexuality and a better idea of how boys think that most female writers I have read. However, the book has very little in common with either Dessen or Green's works. For one thing, it lacks the humor and irony that are trademarks of those authors, and for another it lacks the poetry of their books. If you choose the read this book, ignore the hype. You will find plenty to like on its own merits.
Posted by Paul at 10:51 PM No comments:

The Ghost's Child, by Sonya Hartnett 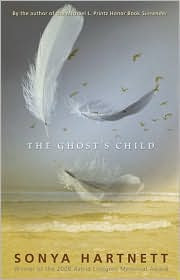 On an evening when Matilda had planned to finish her book, she is instead visited by a mysterious young boy who prompts her to tell her life story, covering 75 years (growing up, falling in love with another mysterious boy, losing that love, and finding a career).

A haunting and well-written story that will evoke memories of Titanic (but without the pesky ship-sinking bit). Ultimately, this short story does not really have much of a purpose, but it is beautifully-narrated. Also, it is a bit strange that they decided to target the book to a YA audience when this romance will appeal to a much larger demographic. Beware the heavy use of metaphor and symbolism which is certain to cause this book to be misused as a writing assignment in some AP English class!
Posted by Paul at 10:43 PM No comments:

The Hunger Games, by Suzanne Collins 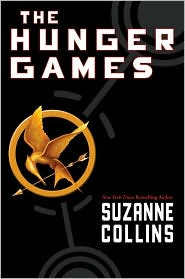 In the distant future, North America is now known as Panem, and is ruled by a tyranny from the Capitol. In retribution for an uprising many years ago, a contest is held every year called the Hunger Games, where each of twelve districts must send two of your young people to fight to the death in gladiator contests. This year, District 12 is represented by Katniss and Peeta. Peeta is a weak baker's son, but Katniss has struggled all of her life to support her family and has a suberb survival instinct. But will it keep her alive in the contest against the others? And what about Peeta, who she must also kill to stay alive (an idea which becomes more complicated as her feelings for him begin to develop)?

Not my usual thing, but a strangely compelling book. I had a great deal of trouble putting it down, which speaks highly for its value. The suspense level is high and Collins spins a very tight story. Perhaps not as much character development as I was hoping for, but there will be a sequel and that promises ample opportunity for taking this further. The book is getting a lot of hype, so it probably doesn't need another endorsement, but I'll give it anyway. If you want entertaining, hanging on your seat excitement, you can't do much better than this book.
Posted by Paul at 9:59 AM No comments: