Everything Beautiful in the World, by Lisa Levchuk 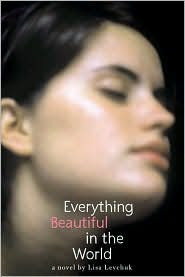 With Edna's mother in the hospital fighting cancer, she gets excused from pretty much everything she doesn't want to do (going to class, visiting her sick mother, etc.) and is indulged by her father (who gives her a sports car). And when her art teacher (for whom she's always had a crush) starts to flirt with her, she thinks things are pretty good. The relationship, however, leaves her more unsettled and the lack of boundaries (or attention from responsible adults) makes things worse.

A strange story with a poorly developed ending. Levchuk is probably producing an autobiographical confessional here (the story is placed in the early 1980s), but aside from confronting her childhood traumas, it is not clear what purpose the story serves. Edna's behavior appears largely random. Her impulses, while natural enough for her age, are exaggerated and irrational. This suggests some form of mental illness, but left unexplained, they basically confuse the reader. For me, this made the story disjointed to the point of being plain annoying. I'd suggest giving it a miss.

For those who do read the book, I have a question: why did Levchuk choose "Roxanne" as the book's theme song rather than the far more obvious "Don't Stand So Close To Me"?
Posted by Paul at 10:45 AM