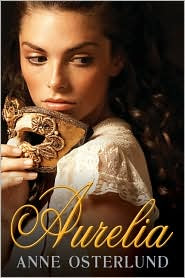 After a third attempt to murder Crown Princess Aurelia, the king asks for help from his old friend to help uncover the killer. Instead, the friend sends his son Robert. Robert and Aurelia are old friends of a sort (having attended the same school) and they have an odd chemistry (more on that later). While Robert is supposed to hide the purpose of his presence, Aurelia quickly figures it out and (no shrinking daisy) she becomes his partner in uncovering the source of the threat. Told in a vaguely 18th century setting, but with thoroughly modern teenagers, this book combines princess romance, whodunit, and bitchy High School dramatics into one cooly calculated book.
The book appears to be quite popular (based on the large number of library holds and positive reviews posted on book selling websites), but I'm at an honest loss to explain why. The romance seemed weak to me, the characters flat, the setting implausible, and the plot simplistic. This is historical romance for people who don't care about history and have fairly limited demands for a romance (the characters apparently kissed, but the heat didn't exactly radiate off the page). The author makes a point of reminding us repeatedly that the young people all went to school together, but I never could quite fathom the nature of Aurelia's and Robert's relationship. No attempt was ever made to get inside their heads or explain their motivations. And the far more important relationship betweem Aurelia and her step sister is largely neglected until it suddenly becomes crucial to the story at the end. There are so many decent historical novels out there (and even so many better written exploitative teen romances) that I think you can safely give this one a miss.
Posted by Paul at 10:33 AM