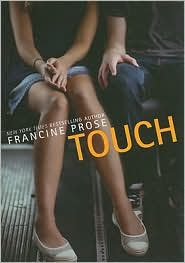 When 14 year-old Maureen is "inappropriately touched" in the back of a school bus by her three best friends, the story of what really happened and why it happened is not exactly clear, even to Maureen. And as the people around her (adults and former friends alike) begin to use the story for their own ends, Maureen becomes more and more upset with her inability to explain her feelings and thus ironically less and less articulate. What eventually develops is a fairly complex understanding about adolescent behavior, puberty, body image, and the ways that friendships get torn apart through change.

While I've noticed that this book does not seem to have a lot of adolescent fans, I was nonetheless very impressed by its complexity, bravery, and honesty. I was frankly surprised by the book. My initial feeling had been to distrust the book and the author, but Prose won me over with her very insightful heroine and the painful and truthful thoughts she expressed. Perhaps as an adult, I find the way that relations between boys and girls change during adolescence to be more interesting -- and more poignant -- than a teenager would. And perhaps the idea that the basic fact of growing breasts could be not-so-simple and, in fact, so tragic to this young woman is something that is worth pondering. So, in the end, perhaps this is a YA book intended for an adult audience. After all, puberty is probably far more interesting to read about in hindsight!

I do know that I enjoyed Maureen's character. She brilliantly skewers the supposedly adult people around her (she so brilliantly nails her Mom's insecurities, her Mom's boyfriend's childishness, her stepmother's self-centeredness, her father's and teachers' avoidance, and -- in something of a departure for this sort of novel -- even her own shortcomings. That may not always be so realistic, but it is welcome in a book that is this cerebral. The other characters, most of them flawed in significant ways, are also realistic in their limitations. And the ending of the story eschews any unrealistic happy tie-up, leaving us with an understanding that nothing like this is truly going to end up bad or good.
Posted by Paul at 9:26 PM