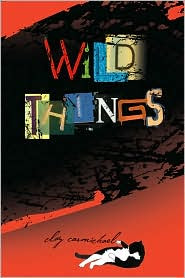 After her neglectful mother dies, 11 year-old Zoe comes to live with her wealthy and famous sculptor uncle Henry. At his cabin in the woods, Zoe is free to mostly run wild and, while she's distrustful of most people, she eventually befriends a feral cat, a wild boy, and the boy's mysterious companion - a white fawn. Told in alternating voices of the Zoe and the cat (an unusual narrator to say the least), we gradually get to see Zoe open up. There are also a number of sundry subplots about local corruption and pushy customers.

While the story has plenty of original ideas and is well-written, it doesn't really carry itself like a children's book. Rather, it is more the type of artsy book that teachers read to kids. The heroine doesn't sound even vaguely like a kid, let alone an 11 year-old. At the very least, she is wise beyond her years and I honestly didn't find her very interesting. In fact, the most interesting character is the cat, which is not surprising as he has one of the most unique voices in YA literature and gets most of the good observations.

Mostly, I dislike books that attempt to be too literary at the expense of being entertaining. Too much of this book was trying to make a point. I'm not going to say that kids will all hate it, but I have a hard time imagining why they would enjoy it.
Posted by Paul at 9:22 PM