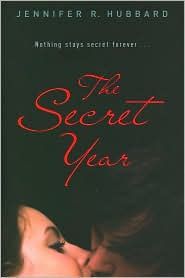 After Julia is killed in a car accident, Colt has a need to grive. After all, the two of them were in a close intimate relationship for an entire year. But she was from the Mountain where the rich kids live and he is from the Flats, and their relationship was always a secret. They met only at night and she never led on in public that they were together (even keeping an official boyfriend from a well-to-do family).

In the year that follows Juliet's death, Colt learns to cope with and overcome his grief, while never being allowed to make it public. Along the way, he learns that there are plenty of other people with secrets. And he also begins to question not just the relationship he had with Julia but also the divisions between rich and poor and between the Mountain and the Flats.

A fairly brisk read which has some good depth to it. While I expected a book that dealt with grieving, this actually is more about class divisions and the difficulties that adolescents go through dealing with them. The writing is sharp and the story moves along. The characters are well developed and sympathetic.
Posted by Paul at 10:47 PM