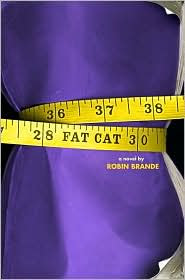 Cat is a brilliant science student. She's just completed an internship on insects and is hoping to spin that work into an science fair award-winning project for Mr Fizer's honors class. But instead she gets assigned a topic in pre-historic hominins (early humans). She has no idea what to do with the topic until she gets an inspiration. Musing that prehistoric women are never depicted as fat (and as she's grown tired of her weight and body shape), she decides to copy their diet (or, at the very least, an organic diet) and see what effect it has on her.

The physical impact of switching to such a diet can certainly be expected to be major and over several months, she loses a good deal of weight. But what this does for her social life is completely unexpected by her. Boys are coming out of the woodwork and noticing her. Now, if she could only get her ex-friend (and now sworn enemy) Matt to leave her alone. After betraying her cruelly four years ago, he keeps acting as if they were friends!

In many ways, this is a charming story about how a concerted effort to change your life can be empowering. Cat is a mostly endearing character (see below) and her self-discovery is interesting to read about. No one is particularly deep, but Brande understands good dialog and realistic staging.

So, why my reticence and restraint in reviewing this book? Well, there are simply major issues with the characters. Cat's hatred towards Matt is so painfully and stubbornly adhered to that even a preschooler would recognize its unhealthy stupidity. It's hard to feel sympathy for a character who you know is behaving like an idiot. And a mean one to boot!
Posted by Paul at 1:20 PM