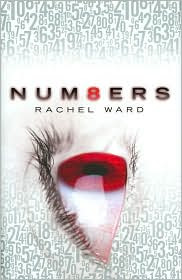 In this unusual mixture of supernatural and hard gritty urban reality, Jem is the daughter of a heroine addict whose been kicked around her share of foster homes. Her biggest problem is not her difficult homelife but the fact that whenever she looks a person in the eye, she sees a date -- the date when that person will die. This terrible piece of knowledge has prevented her from making friends until she meets Spider - a trouble youth with his own baggage (not least of which is the date which Jemma sees when she looks at him -- only a few weeks away!). But everything skews dramatically off course when Jemma and Spider find themselves in the wrong place at the wrong time (a fact that Jemma knows because every person she sees has the same date hanging over them -- today's date!).

This book is many things: a taut suspenseful story, supernaturalism with some nice religious commentary, and a story of two troubled youths who battle with themselves, with each other, and with a system that has given up on them. It's not an easy book to read. Given the high stakes that are riding on them, you'd rather they were more valiant, more mature, and more together, but that would not be realistic. Instead, Jemma and Spider are every bit the screw-ups that society has ordained them to be. The irony that society has already determined their future when it is Jemma who can actually predict the future is just one of the nice subtleties of this story. Refreshingly original!
Posted by Paul at 11:20 PM