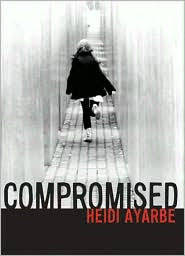 Maya and her father have managed to get by. He always has a trick or a game, and Maya has sheltered herself in that comfort and in the world of the science documentaries and the scientific method. Living from one con to another, he's taken care of her. But when the Law catches up with Dad, Maya becomes a ward of the State of Nevada. Finding out quickly what that means (cruel orphanages, neglectful case workers, and scary foster homes), Maya decides to flee with a fellow orphan Nicole. Maya has found out that she may have an aunt (the sister of her long-dead mother), but given the source of this information (her father), it may just be one final con job. However, that doesn't dissuade her and Nicole from running to Boise to find out where this aunt may be.

What results is an unusual road trip story. Between Maya's obsession with the epistemological method and Nicole's more bizarre obsession with the Mob, we have the requisite odd couple dynamics. Joining them eventually is a troubled young boy with Tourrette's Syndrome. But what starts out as a simple quest to find lost family heads fast towards tragedy and death.

An engrossing but disturbing novel about at-risk teens. The story is definitely too intense for younger readers, but mature ones will find themselves locked in in anticipation of how it will end up. To get there, you will have to travel through vivid scenes of drug use, sexual violence, disease, death, abuse, and more than a little petty crime. But in a story like this, moral compasses are largely irrelevant. The ending is satisfactory, but definitely bittersweet. This is not the realm of the happy ending.

I actually liked the story. I don't think it had much deep meaning and I certainly didn't find much uplifting material here, but Ayarbe writes a taut suspenseful story that had me turning pages eagerly. Life on the streets is definitely not glorified but Ayarbe avoids becoming exploitative at the same time. Instead, I felt the genuine respect that she had towards her characters and the dignity of them that she wanted to portray. They are certainly very vivid kids with personalities and quirks that you'll remember long after finishing the last page.

It is a downer to read, however, so you may want to turn to something light and funny when you're through.
Posted by Paul at 10:41 AM

Thanks for the great review. I've now gone through your blog and have about a billion books on my "to read" list. Really enjoyed it!
Happy (happier??) reading!
Best
Heidi Ayarbe