The Twin's Daughter, by Lauren Baratz-Logsted 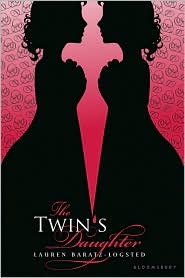 Lucy never knew that her mother had a twin sister until she was thirteen, when Aunt Helen showed up at her door. Aunt Helen and Lucy's mother had been separated at birth, with Aunt Helen consigned to an orphanage and raised in dire conditions. Now reunited with her sister's family, Aunt Helen slowly begins to bloom. But what would be just a story of Victorian manners (Pygmalion meets Emma) takes a gory and murderous turn.

There is an interesting theme in this novel involving layer upon layer of deception. And, as in any story about people deceiving each other, the question of knowledge and how we really know each other is paramount. The striking answer in this novel is that we truly don't ever know each other, beyond our personal experience and observations of actions. Nothing inherent ties a parent to a child beyond declaration of intent and role. It's an bit coldhearted, but the idea is well played out.

Strictly speaking, despite the young heroine, this isn't a YA book. The writing style is in a faux-stilted fashion than is meant to emulate Jane Austen, but there are a fair number of anachronisms (including some distracting modernist feminist notions). The result is more a history lesson than a historical novel (as the manners and mores and more observed than lived). The plot gets a bit convoluted and, in the end, makes little sense, but it is a fun ride and I anxiously tried to pick the book back up whenever I had a free moment.
Posted by Paul at 11:38 AM