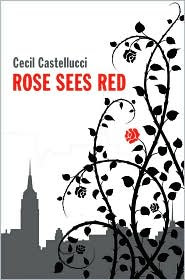 Rose has learned to hide from people. When she was forced to choose between her manipulative and controlling "best friend" and her love for dance, she found out how impermanent friendship could be. As a result, she closed up. But a chance encounter with a Soviet girl (it is 1982) who lives next door opens a new world for her. In one wild and magical evening, Rose explores all of the things she might be, if she stopped holding herself back.

The novel is an odd riff on a series of stereotypical icons of the early-80s (MTV, the High School for the Performing Arts, the Cold War, and anti-nuke rallies). I'm of mixed minds about the result.

The story is quite thin and feels more like a writing exercise than a true novel. While there is character growth that would be required in a coming-of-age genre, the story unfolds randomly. The changes of the characters are too obvious, too sudden, and ultimately manipulative. But Rose herself is drawn with great depth and a familiarity which suggests an autobiographical nature to this story. Certainly, Castellucci knows her setting. Despite the rather silly name-dropping of MTV bands that a reasonable New Yorker of the era would have been ashamed of, the feel of the place, the description of East and West meeting, and the lay of New York itself all feel right (and I can speak on that from first-hand experience). But one wonders what a modern teen will make of this historical piece (especially with such a thin plot)?
Posted by Paul at 12:59 PM