The Dark Divine, by Bree Despain 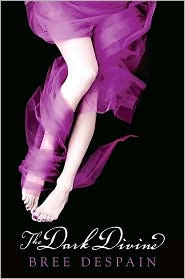 Grace Divine has a hard time maintaining her reputation as the pastor's daughter. Folks talk and eyes are always on her. So, when bad boy Daniel shows up again, it is not all that surprising that Grace's older brother Jude makes Grace promise to keep her distance. But the thing about promises is that they are so hard to keep! As could be predicted, it doesn't take long for Grace and Daniel to hook up, but the level of familial hostility they encounter suggests that something serious is up. It's about then that the bodies begin to pile up and you know that this is no simple forbidden teen romance, but rather one of those supernatural thrillers where "immortal soul" and "prom dress" feature in equal importance.

Yes, I have found myself digesting a werewolf romance novel. Worse, it's the first installment of a series! If anyone has some spare silver weaponry nearby to cure, let me know.

But seriously, how was it? Not bad, if you get beyond the sheer exploitative value of this new franchise. There's nothing even vaguely original here and the plot's silly, but if you want a hot romance mixed with supernatural powers, this is basically your number. And for those who thought that the Twilight franchise (and Bella in particular) was an insult to intelligent young women, you probably want to give this one a pass. But if you like cute heroic boys who have nothing better to do than to lock you in "hard, but soft" ... err... kisses, then this is the place!
Posted by Paul at 2:06 PM