The Absolute Value of -1, by Steve Brezenoff 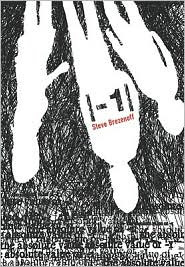 Told mostly in three separate voices of allegedly close friends, this is the story of Lily, Noah, and Simon -- three teens finding love and getting high. Noah's dad beats on him and Simon's dad is dying. Lily seems to be mostly obsessed with trying to go out with Simon (while Simon's interests lie mostly elsewhere). Is there a point to all of this? It's hard to find one!

There are plenty of clever ideas and some smart dialogue, but I found myself getting lost while trying to follow who was whom and what their motivations were. By the time I was half-way through the book, I wasn't really able to tell anymore how the action fit together. The characters are numerous and largely indistinct. The overall result is a messy read with an inconclusive ending.
Posted by Paul at 10:05 AM