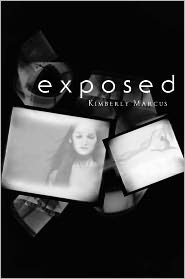 Liz prides herself on her fine eye for a photo and her ability to frame an image. So, it takes her by surprise when her best friend Kate suddenly stops talking to her after a sleepover. She's even more surprised when Kate comes out and accuses Liz's older brother of raping her that night. Liz wants to believe her best friend, but it's hard to see her own brother as such a monster. When Kate decides to press charges, Liz finds herself torn between her loyalty to her best friend and her ties to her family.

The plot has wonderful dramatic potential, but the decision to write it in verse adds a challenge that Marcus never really rises up to. Verse works when it has something to say. In this case, it sounded more like an attempt to avoid having to writing annoying transitions. To me, the decision in this case felt like lazy writing.

And the cost of choosing to write this in verse is that it is much harder to fill out the characters and give them life. Kate never really gets the development she needs and Liz's family is similarly flat. As a result, I didn't really feel the pain that Liz was going through choosing between them. And the potential impact of the story was diminished.
Posted by Paul at 8:47 PM