The Queen of Water, by Laura Resau and Maria Virginia Farinango 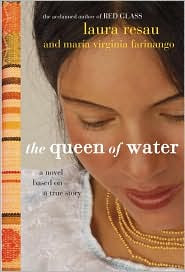 Born in a poor rural area of Ecuador, Virginia had a tough beginning. In a community of subsistence farmers, where alcoholism and domestic violence is rife, no one really expects to make much of their life. Children are seen as commodities and, at the age of seven, Virginia is given away to a middle-class family in the city as a servant. While Virginia thinks that it is to be a temporary arrangement, the family enslaves her, subjecting her to physical (and eventually sexual) abuse, until she manages to escape and rebuild her life. Strikingly, despite the years of abuse she has endured, Virginia remains thankful for the opportunities that the family has given her and goes through regular struggles with rejecting them altogether.

From an early age, Virginia realizes that a good part of her struggle is fighting the racial prejudice that exists between the indigenous peoples and the mixed-race (and lighter-skinned) mestizos. Without any direct help, she figures out the logic of this system of inequality and develops her own strong viewpoints and sense of self-worth. The strong tear-jerking ending provides the emotional payoff that the reader needs having survived Virginia's struggles and near-disasters along the way.

In gripping detail, The Queen of Water outlines the true story of Virginia's efforts to overcome her roots and society's prejudices. It's a magical story, made all the more enticing by Resau's beautiful writing and her multi-layered approach to Latin America culture. The fact that this is a biography narrated and co-written by its heroine makes it interesting, but in lesser hands than Resau (who acts as an experienced cultural translator) it could well have become pedantic and dull. Instead, Resau brings in extensive local color and just enough education to make the book seem "good for you" but not so much that it seems like a reading assignment.
Posted by Paul at 11:50 AM