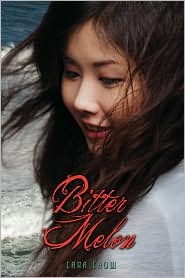 Frances has lived her life so far (or rather, had it lived for her) in the name of her mother and her mother's needs. Couched in the terms of Confucian filial loyalty, she has devoted herself totally to pleasing her mother, which has meant focusing of her education so she can get into Berkeley and then go to medical school (and thus care for her mother financially and physically for perpetuity). It's a clear plan and one that Frances's Mom drives into her head constantly. But when a clerical error lands Frances in a speech class (instead of Calculus), an unorthodox teacher helps Frances discover her talents as a writer and public speaker. And she discovers that she has a lot to say in her own voice.

Starting as a stereotype about tiger mothers, and a predictable tirade against Asian child-raising techniques, the story morphs into abuse as the story progresses. There's a point at which this becomes less plausible and more one-sided, and thus less compelling. It's also a depressing affair and the book doesn't really attempt to redeem itself. So, while the writing is good and the characters (especially the daughter, but there are some attempts to explain the mother) are well-developed, there is an overriding helplessness to the narrative that makes reading less-than-enjoyable.

As usual with novels that seem so transparently autobiographical, I have to ask whether Chow is really capable of writing fiction. Does she have another story in her that isn't just settling scores with her childhood? Having told this story of a familiar childhood, will she be able to move on to something else?
Posted by Paul at 3:43 PM