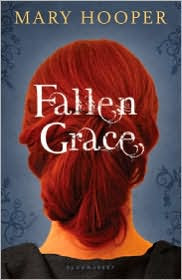 Grace and Lily are two penniless orphans attempting to survive in Victorian London. Grace is the youngest, but Lily suffers from a mental defect, so it is Grace that must take care of both of them. As their luck turns south, the girls are driven into the arms of the Unwins, an empire of undertakers. Grace is hired as a mute (a silent witness that serves at funerals) and Lily is taken into service. While Grace assumes at first that it is a charitable act, the girls are unaware of a secret that could set them free, but which the Unwins are determined to exploit for their own ends.

This adventure serves at least two explicit purposes: providing a glimpse of Victorian mourning customs (as well as illustrating its rigid class structure) and also paying tribute to the Victorian melodrama (with its florid prose, amazing coincidences, and sense of righteous justice). The novel effectively evokes the morality and sensibility of the serialized stories of the period, albeit with a healthy dose of modern emancipation and enlightenment to make the tale more palatable to contemporary readers.

The story is far from perfect (there's a fair share of loose ends and entirely too convenient events, the characters lack much depth, etc.), but as a tribute to the genre, the book is quite effective. The rich historical detail creates an enjoyable and educational read. So, it's fun and good for you, too! With its morbid fascination with Victoriana and death, this should appeal to the goth crowd as well as Anglophiles.
Posted by Paul at 4:43 PM