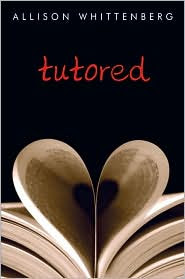 Hakiam is a boy from the projects. Wendy is a volunteer at a GED tutoring center. She's on her way to college (a traditionally white college, if her ambitious father has his way). Hakiam's trying to escape from a life of petty crime and his dead-end life. That desire brings him to the center to go through the motions of getting his diploma (although his heart isn't in it). Seeing right through his bs, Wendy is initially disdainful, but gradually warms to his charms.

Any possibility for romantic sparks are challenged by their peers and family. Wendy's father, having lifted himself out of the ghetto, doesn't approve of "people like that." While denying his prejudice, he clearly tries to steer Wendy away from Hakiam. Hakiam's cousin, a young mother with whom Hakiam is crashing, doesn't think much of Wendy either. And both Hakaim and Wendy are sensitive to the class clash and their peer's appraisal of the relationship.

Other critics than I have pointed out the overly tidy ending and the preachy tone of the writing. I would add that the level of the writing seems pitched a bit low for a teen reader (but perhaps that is intentional because of the author's assumptions about the readership?). However, there are many things to like in this book.

Obviously, I don't have much shared experience with the characters (although I did spend a good deal of time doing community work in the not-so-nice neighborhoods of Philadelphia described in this book), but there are several fascinating themes worth calling out. If nothing else, I really liked the character of Wendy's father, who comes off as a bit of an "Oreo" but who would be completely unapologetic about the comparison. He's proud of his accomplishments, obviously afraid of any chance of sliding backwards, and ultimately far more complex than his daughter or the reader initially suspects. Hakiam is also a complicated figure. In a very believable way, he is capable of rising up, but never quite frees himself of his own self-limitations and prejudices. You know he wants to, but he struggles with figuring things out. Surprisingly, it is Wendy who really remains the least developed character. Her baby steps towards independence are interesting, but she remains far more straitjacketed than the others.
Posted by Paul at 9:28 AM