I Am J, by Cris Beam 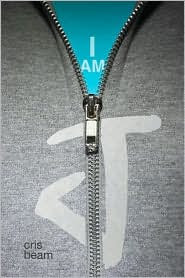 J has always known he was a boy, even if his body didn't agree with him. When his mother wanted him to wear dresses, he knew something just felt wrong. And as he hit adolescence, those feelings grew stronger and more complex, even as his body changed in the wrong way.

Now, in his senior year, J reaches a crisis point where he has become tired of being accused of being a dyke by his classmates. He can no longer hide his feelings from his parents. So, he learns how to bind his breasts to hide them, and attempts to strike out on his own as a boy. He practices talking and walking like a boy. He picks up a girl, but finds that the fear of revealing the truth about himself drives a wedge between them. And he dreams of starting hormone treatment to start the physical transition. Along the way, he is confronted by confused and angry friends and family, and realizes that if he's going to actually do this, he may need to do it on his own.

In touching and insightful detail, Beam shows us the inside of an adolescent transgender mind and gives us a taste of the trans community. It's complicated and, while the plot itself hardly moves, the complex mix of frustration, anger, hurt, hope, and naivete that make up J's world is unique enough to make the path interesting. Beam is able to draw effectively on her experience working with trans teens and acknowledges that J's character contains numerous pieces of her clients and friends. In fact, the true love and devotion that the author feels for the trans community shines through on every page of this sympathetic portrait.

At the same time that I was impressed at the groundbreaking nature of this work (that goes far beyond existing novels like Luna or Debbie Harry Sings In French) I was frustrated by Beam's decision to tell this very personal story in the third person. By doing so, the reader is constantly kept at arm's length away from J, and we are forced to learn about his world in only maddeningly brief glances. I suspect that she chose to write the book that way because she lacked the confidence to truly immerse herself in J's mind, but the effort could have paid off so well!
Posted by Paul at 8:45 AM