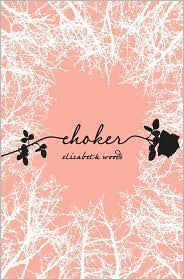 Back when she was little, Cara had a best friend named Zoe to hang out with. The girls got into trouble a few times and Cara's parents never approved of Zoe, but at least Cara had someone.

When Cara and her family moved away, Cara was all alone. It was hard resettling and Cara's general nervous disposition didn't help (an accident in the lunchroom earns her the nickname "choker" and the mockery of her peers). But just when Cara feels it can't get any worse, Zoe appears on her doorstep and begs Cara to let her secretly stay over. Zoe has run away from home and needs her old friend to take her in.

Zoe's obviously hiding something and not telling the whole truth, but at first Cara could care less. Her friend is back and she is no longer alone. Having Zoe back, Cara again feels some degree of self-confidence. But when Cara's tormentors start to disappear and show up dead, Cara becomes suspicious of Zoe's behavior. Too late, she realizes that her old friend may be a danger to her.

Full of frightening imagery, this psychological thriller will make your skin crawl. I found the pacing a bit too slow and drawn out, but I was definitely glued to the book and wanted to know how it would end. A shocking twist towards the end threw me sufficiently off-balance that it was worth while. Kudos to Woods for creating the creepiest book of 2011!
Posted by Paul at 1:11 PM