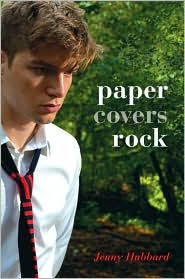 In 1982, at a boy's boarding school in the South, a terrible accident occurs. A boy drowns in the river after a drunken diving stunt gone awry. One of his friends, Alex, spends the next weeks trying to come to grips with what he saw and what he admits to others about the incident. To cope, he confides to his journal, for which he liberally borrows from Herman ("Her-man") Melville's Moby Dick, calling himself "Is-male." Because of fears that a young English professor may have witnessed the accident and thus be a threat to its secrets, Alex gets embroiled in a plot to discredit her and destroy her reputation. But at the same time, he struggles with admiration and infatuation for her, leading to a great deal of confusion about what to do.

An eloquent and well-written novel about fear and self-loathing among teen males, with plenty more implied than actually said. The high style of the writing and the large quantity of unanswered questions will provide ample material for classroom debate. Furthermore, the plentiful classical allusions are guaranteed to bring High School English faculty to orgasm (never mind the tragic English professor!). I can see now the study guides and forced class discussions of "what the author intended" and "why she chose to use certain words." No one could say that it is a bad book (it's superbly executed and beautifully done), but it isn't written to appeal to young readers. In sum, the book reeks of assigned high school reading, more than YA pleasure read.

It isn't so much that I hate literary novels, but books like this are not written for anyone to enjoy and the author doesn't have anything to say to young readers. She's neither interested in entertaining nor enlightening them. She written a clever book that critics will love, but it is a lifeless and joyless thing.
Posted by Paul at 10:30 AM