You Don't Know About Me, by Brian Meehl 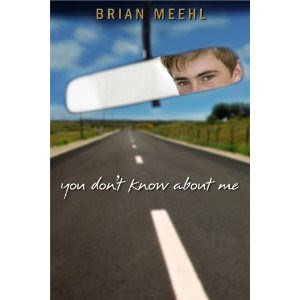 Billy Albright has lived a sheltered life in a Christian cocoon. For sixteen years, his mother and he have traveled around, stirring up religious fervor and launching semi-terrorist attacks on the godless. While Billy suspects that his career as a "Jesus Throated Whac-A-Mole" is a bit out of touch with reality, it takes an unexpected package from his long lost father to pry him loose. But once pried, Billy embarks on an action-packed scavenger hunt across the country, following clues that his father has left him in partial copies of Mark Twain's controversial classic The Adventures of Huckleberry Finn. Joined by a professional ballplayer (with a closetful of secrets) named Ruah, Billy seeks the truth about the world and the meaning of faith.

The book, inspired and based loosely on Huck Finn's story, is an attempt to modernize and update Mark Twain. It does this without the controversial language of the original but introduces new controversies about sexual politics and mass culture. It's an ambitious work and frequently interesting, but overall very clumsy. The parallels to Huckleberry Finn are obvious and forced and the political agenda is simplistic and unoriginal. All of which is a shame because the story itself is fun and one wishes that Meehl had just let the story be itself without piling on all the Deep Meaning. I enjoyed the adventures and the interactions of the characters, but every time it felt like the book was trying to teach me something, I turned off. Unfortunately, by the end, that feeling became overwhelming.
Posted by Paul at 6:19 PM