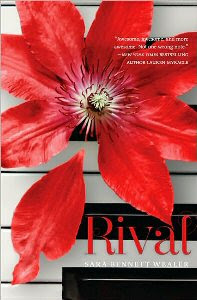 Brooke and Kathryn used to be friends. They have had every reason to be so: both of them are talented, beautiful, and ambitious singers. Their shared obsession with succeeding as professional musicians, largely not understood by others, was something they could confide to each other. However, in their junior year, they split up and became mortal enemies. Now, a year later, they are competing for a prestigious vocal scholarship that each one of them desperately needs to realize their dreams.

Whatever made these two young women hate each other so much? Through flashbacks and current events, the two girls tell their side of the story in alternating chapters. As they do so, it becomes apparent that their conflict can be blamed as much on themselves as on the other person. As with any tragedy, they are so wrapped up in themselves that they have deprived themselves of a wonderful friendship. Can they find a way to break through their egos and recognize what they have lost?

While it is a bit painful to read through the misunderstandings and petty jealousies, it felt very authentic. And, as much as I found myself disgusted by their selfishness, I remained enthralled by the power of their animosity. It also helps that the ending is sufficiently satisfying to make it worth while. I was a bit disappointed that several subplots were left open and untouched in the end and I found the plotting a bit uneven, but overall this was a good read. And it is also an instructive morality tale that illustrates that old piece of wisdom "Life is pain and most of it is self-inflicted."
Posted by Paul at 11:40 AM