Between, by Jessica Warman 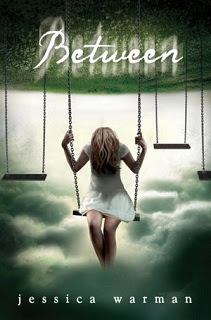 When Liz wakes up on the morning after her eighteenth birthday, she discovers that she is dead, drowned after falling overboard from her family's boat. But she can't figure out how it happened and somehow that uncertainty has left her in limbo between life and afterlife. Now, aided by a geeky classmate who himself was the victim of a hit-and-run accident a few months before, she must put together the pieces and figure out the mystery of her death in order to move on.

What starts off as a bit like Ghost or maybe Gabrielle Zevin's Elsewhere gradually morphs into a decent mystery that jumps smartly between past and present. It's actually a fairly complicated story. Rather than clearly blaming any one party, it becomes pretty clear that just about everyone has some guilt, even the victim. The characters grow in a satisfying manner and the pacing is nearly perfect throughout the 450 pages of the novel. It's not deep stuff and the story is hardly original, but this is a pleasing and entertaining take on it.
Posted by Paul at 9:48 PM