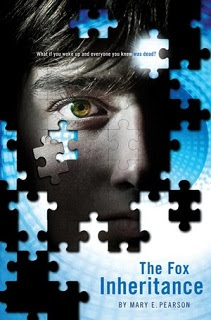 Some 260 years have passed since Jenna Fox discovered that she was an android built by her parents to preserve her existence. By transferring her memories in a brain scan to an artificial body, they had tried to resuscitate their daughter from the coma she was in after a car accident that landed Jenna's two friends (Kara and Locke) in a similar position. At the end of that story (The Adoration of Jenna Fox), Jenna had destroyed the memory cubes holding the scans of her two friends, in order to prevent anyone from attempting such a thing again.

But no one counted on someone keeping a back-up.

Now, a power-hungry scientist has discovered the data and reanimated Kara and Locke in new super bodies. He's determined to use them as examples of his new technology and will stop at nothing to exploit his new resources. But Kara and Locke have their own ideas. Spending 260 years in a memory chip has impacted them differently, but they are both agreed on an objective: escape and find Jenna Fox. To do so, they must navigate a world that is very different from the one they knew, as well as come to understand what changes have occurred to them in all these years.

The original story was an introverted drama about parental love gone too far. Until the final pages, you didn't even realize how much the story was even veering into science fiction. The sequel shoots for a much grander scale: launching immediately into the science and the ethics questions that Adoration just hinted at. The scope is much greater as well, with action spanning the country and numerous characters. It's a night and day difference and Inheritance lacks the intimacy of its predecessor. For those who like a sequel to resemble the original, that may be a bit hard to take, but that doesn't mean that this is a bad read -- it just makes reading both books unnecessary.

I didn't care for the ending of the book, which seemed to wrap up everything a bit too neatly (and was awfully rushed to boot!), but I liked the story itself. The characters are interesting and the details are rich. I found it to be a satisfying sci fi escape novel.
Posted by Paul at 9:24 AM