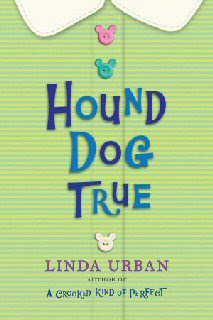 During the week before fifth-grade starts, Mattie is helping her uncle clean up the school. He's the school's janitor and she's determined to be his "custodial apprentice." It would certainly beat having to start the year in a yet another new school, being forced to stand up in front of the class and announce your name. Or even worse, having to come up with something interesting to share about yourself with a bunch of strangers! Mattie is shy and would rather keep her thoughts within her journal instead.

However, that week of hers before school starts has adventures of its own and Mattie learns that when the moment of truth comes, she needs to be able to stand up and speak out. Actually doing so and putting her fears aside will be the tough part.

A deceptively simple book that grows on you. As I was reading it, the whole story seemed pretty insubstantial to me: a shy girl, her friend, and a bunch of adults. There were a few doubts and fears but nothing that seemed to spell out a definite conflict. Still, out of this mild and modest world, Urban tells some wonderful truths about finding your voice. It's the same magic that made A Crooked Kind of Perfect such a wonderful book. Like with that earlier work, this is certain to be underappreciated and ignored, but do yourself a favor and seek this out. It's a slender and fast read, and geared for a young audience, but full of so much!
Posted by Paul at 8:09 AM