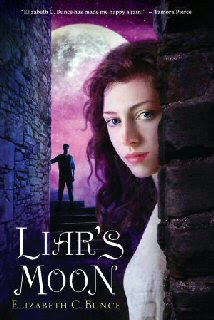 Digger is an unusual thief. In addition to the usual skills of a pickpocket and a lock picker, she moves in unusually important circles. Her brother is the Grand Inquisitor and her friend Durrell is the son of Lord Decath.

When Digger learns that Durrell has been framed for the murder of his wife and thrown in jail, she feels bound to use her talents to exonerate him. That will be difficult because no one is who they appear and suspects turn into allies, while friends seem quick to betray her. While the circumstances of his wife's demise are murky, Digger does know that it all has to do with a smuggling operation (and one which is important enough to murder more than a few other people as well), but of what and by whom is unclear. Meanwhile, war is on the march, making everything just a bit more dangerous.

One very strong point of this novel is its unconventional approaches. The stereotype of the outcast thief is constantly subverted by the powerful friends that Digger has. People who should be her enemies are strangely not so. Events that should place her in danger don't matter, while minor things that seem unproblematic pose deep challenges. The story keeps you on your toes and subverts stereotypes. And Digger herself is a refreshing combination of feisty independence and anxious young woman -- comfortably self-sufficient but simultaneously needy.

I found myself handicapped in reading this story because I haven't read the first book in the series (and didn't even realize at first that it was a sequel). But even if I had read the predecessor, this is still a difficult novel to work through. There is a large cast of characters and multiple plots and subplots of which to keep track. The overall effect is numbing. On one hand, the detail presents a rich setting and the characters are complex and multifaceted, but it all gets to be too much (especially in a fantasy novel without a familiar setting). It's a lot of work to keep up with this story and at times, it didn't seem worthwhile.
Posted by Paul at 8:50 PM