The Near Witch, by Victoria Schwab 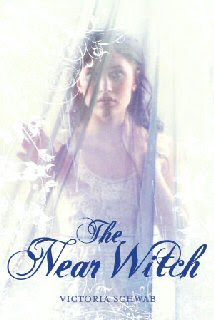 Children are disappearing from the town of Near. Each night, some sort of magic beguiles a child to leave their bed and vanish. Even Lexi, the daughter of town's tracker, cannot figure it out at first. The disappearances coincide with the arrival of a stranger to the town, and suspicions immediately fall upon him. Lexi, however, believes he is innocent and in fact may be the only person who can break the curse. A forgotten legend suggests that the nightly abductions might be the revenge of the Near Witch. But she must convince the other people of her village of this before they take out their anger on the stranger.

A vividly written, but awkwardly paced story. Action scenes drag interminably, yet key moments are played out abruptly (no more so than the climax itself). The story is very repetitious (for example, given the sheer number of times that Lexi escapes captivity, why do the villagers even try to restrain her?). With that uneven pacing, I lost track of the story lines and ended up pretty confused. Lots of great ideas here, but the writing needed some smoothing out and more revision.
Posted by Paul at 8:21 AM