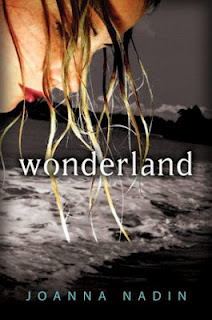 Since she lost her mother, Jude had to deal with the feeling that she is the invisible one ("Jude the Obscure" she calls herself). But when things have gotten bad, she's had her best friend Stella to turn to. Stella is everything that Jude wishes she could be: strong, carefree, and unafraid of anyone. But as she grows older, Jude begins to realize that her obsession with Stella pales in comparison with Stella's own behavior. When it becomes apparent just how unhealthy the relationship between them has become, Jude isn't sure she has the strength to break the ties and go out on her own.

It's a gripping story, but not very original (including the plot twist at the end, which has appeared in other books I've read recently -- although revealing that fact would ruin the ending). And the story is not helped any by the whiny nature of Jude herself. I got that she is weak-willed and self-pitying, but it's hard to take that in large doses. You wanted to see some growth there and (despite resolving the immediate symptoms), I did not get much of a sense of character growth. Or perhaps, I just never started to care enough?

I can't judge how realistic it would be for a teen to get drinks in a pub or have her boyfriend up in her room, but American readers may be a bit shocked at how much freedom a sixteen year-old can have in the UK (where the story takes place).
Posted by Paul at 12:08 PM