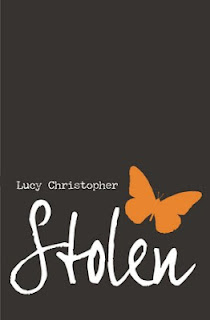 On a trip to Vietnam with her parents, Gemma is kidnapped by a stranger. Drugging and smuggling her out of the airport in Bangkok, he takes her to the remote Australian outback. While she doesn't immediately recognize him, it turns out that he has been stalking her for years, obsessed with the idea that they were meant to be together.

Naturally, she's terrified of him, but she's also resourceful and works tirelessly on her escape. The problem is that she has no idea where she is and their location is so remote that it seems hopeless to imagine finding any place to which to flee. As her stay lengthens, she finds herself growing sympathetic to her kidnapper and fears that her emotions are betraying her.

A fascinating in-depth study of kidnapper and victim, with some beautiful imagery thrown in. I was reminded throughout of Nicolas Roeg's film Walkabout in the way that desolate nature of the wilderness colors the tenor of the victim's attempts to escape (and also in the dynamic of the boy-girl relationship, of course!).

Written in the form of a latter from Gemma to her kidnapper, the style can seem a bit too immediate, but that device also serves well to ratchet up the emotion and makes the story much more intimate. Subplots about an easily-domesticated camel and a feisty rooster (and to desert life overall) are surprisingly effective parallels to Gemma's own situation. The result is that the overall icky nature of the plot is counterbalanced by the profound naturalism of story.
Posted by Paul at 1:43 PM