You Are My Only, by Beth Kephart 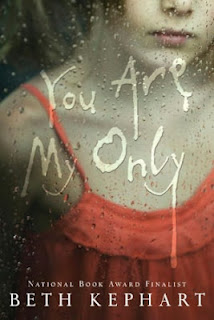 When she was twenty, Emmy's baby was stolen from her. Developmentally challenged and struck with grief, no one believed that she hadn't done something to it and she was unable to communicate what had happened. Instead, she was involuntarily committed.

Many years later, home-schooled Sophie breaks her mother's strict no-contact policy with the outside world and befriends a boy who lives next door. He in turn introduces her to his two aunts, who care for him and take an interest in her. As a result, her life changes dramatically.

Told in alternating chapters, Emmy's and Sophie's stories never really coalesce, but instead develop parallel tales of suffering and eventual redemption. The resulting novel is complex and beautifully crafted, but difficult to follow and certainly not a young adult novel. The use of language is highly stylistic and takes a bit to get used to, but adds to the strength of the characters. I found it a hard slog, even as I recognized its literary merits.
Posted by Paul at 2:40 PM