Between Here and Forever, by Elizabeth Scott 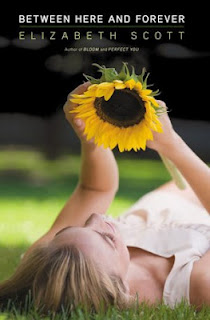 Abby has spent her life living in the shadow of her popular and beautiful older sister.  When Tess is in a car accident and ends up in a coma, Abby finds herself spending her days at her bedside hoping to "wake up" her sister.  She even enlists the help of a boy named Eli to try to entice Tess out of unconsciousness.  But while outside observers could see Abby's actions as a sign of devotion (and perhaps a lack of acceptance), the truth is much harsher:  Abby needs Tess to wake up so that the family will return to normal and Abby will finally be able to escape the small town in which they live.

Well-written with strong character development.  It is a story well-told.  However, I'm not sure it was a story I necessarily was interested in.  Abby is a hard heroine to like.  While she certainly grows and expands her horizons throughout the story, she's so self-centered and clueless about other people, that it's hard to feel that her suffering is anything other than self-inflicted.  And it's harder still to feel much sympathy for her self-abuse.  By the thirtieth time she whines about how no one could ever love her, you really wanted to strangle her with an IV tube!
Posted by Paul at 8:13 PM