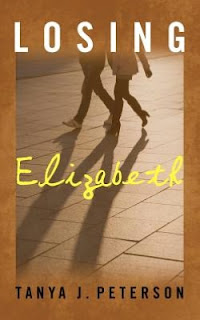 When Liz gets selected to varsity tennis at the beginning of her junior year, she considers herself pretty lucky to have been chosen ahead of several seniors.  But she can't believe her continued good fortune when hot senior Brad asks her out (just about every girl at school would love to go out with him)!  The euphoria of being the chosen one makes it easy for her to gloss over Brad's clingy behavior.  She interprets his insistence that she ditch her friends and spend her time exclusively with him as a sign of his devotion.  And his affectionate words leave her feeling so good that ignoring warnings from others (including his ex-girlfriend) feels justified.  But when he forces her to quit tennis (and all of her extracurriculars), she finds herself confused and depressed:  how could being in love feel so bad?

At only 147 pages, Peterson's novel is a brisk treatment of the subject of abusive relationships between teens.  The obvious comparison is with Sarah Dessen's cerebral novel Dreamland, but the two are quite different.  While Dessen's novel explains how a mind in love can easily become a mind in denial, Losing Elizabeth is a more just-the-facts-ma'am treatment of the subject.  This can lead it to come off as a bit pedantic, like an Afterschool Special, complete with stilted dialogue and bad guys whose evil intentions are crystal clear by page 33.   Peterson's focus is on how small warning signs can grow subtly into full-blown abuse and on how abusers control their victims with calculated alterations of praise and criticism.  It's spot-on.  And if reading a story like this helps a young woman avoid becoming a victim, then it will have more than served its purpose.  But as literature, it's a bit heavy handed.  Given how big of a creep Brad appears to us, it is hard to see him through Elizabeth's eyes.  Why does she keep forgiving him?  We learn that she does, but we don't really understand why.  To make this work, I wanted more of that inner dialogue.
Posted by Paul at 11:49 AM