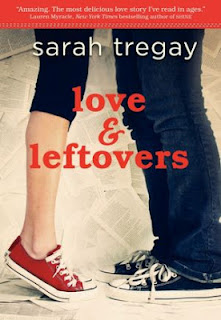 In verse from her diary, Marcie tells the story of the year her dad left them for a boyfriend and she ended up spending half the year in New Hampshire taking care of her depressed abandoned mother.  But it is also the story of how, during that time, she cheated on her boyfriend back home in Boise -- a action which haunts her when she returns to live with her Dad in Idaho in the second half of the story.  The experience draws obvious parallels to what is going on between her parents, but the story transcends that to instead reflect upon what "love" really means.

There's a lot going on in Marcie's life and verse may not be the best way to express it.  While verse novels can be powerful, complexities and subplots tend to get buried in the quest to produce poignant lines.  There are some lovely literary devices (the simultaneous monologues -- where two characters speak at the same time and which pepper the book -- are particularly effective), but often the format becomes distracting.

Despite the limitations of the approach, Marcie stands out as a memorably strong character.  I really liked the mixture of apprehension and bravery that she expresses.  There's something realistic and vulnerable about having her be able to admit her fear of intimacy but yet boldly declare her demand for passion.  This combination of anxious child and proto-adult worked in making Marcie one of the more sympathetic characters I have read in some time.  Big kudos to Tregay for that accomplishment!
Posted by Paul at 2:53 PM