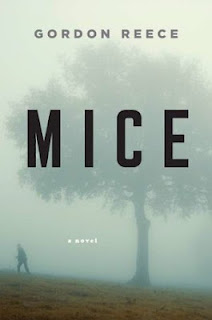 Shelley and her mother are mice -- nice people who try not to be in anyone's way.  But instead of avoiding trouble, they seem to invite it.  After years of cruelty, Shelley's Dad has abandoned them.  Her Mom's employer subsequently picks up where Dad left off, exploiting and abusing her.  And, at school, Shelley's being brutalized by a gang made up of her former best friends.  To avoid it all, Shelley and her Mom relocate to a remote country home where they can be alone, happy with their mouse-like existence.  Happy, that is, until a stranger threatens them.

The novel is a surprising mix of emotional intimacy and raw brutality.  The first half of the book provides a look at the politics of bullying and how perpetrator, victim, and witnesses collude with each other to make it possible.  The second half takes a sharp turn into nihilism and cynical violence.  That mix is powerful but will scare off many readers (as the type that like the former are rarely the type that enjoy the latter -- and vice versa).  But if you have the stomach for the mushy and the nasty bits, the novel pays off handsomely.

Shelley is very well developed.  Her victimization is shown to be a complicated combination of modeling and context.  I personally related to her "mouse"-like qualities and found her voice insightful (if maybe a bit too precocious at times).  Her transition to a more cold-blooded person worked for me as well, as Reece took the time to show her faltering adoption of the role.  The violence, while gory, was believable and her struggle with it made it palatable for me.  There was real regret in place and acts of violence were clearly shown to have consequences.
Posted by Paul at 12:46 PM