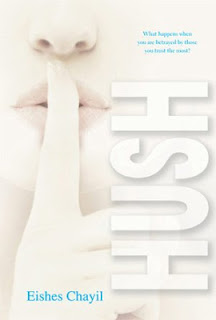 Back when Gittel was nine, she lost her friend Devorah to suicide.  And while the adults claimed that the event was unfathomable and inexplicable, Gittel knows why Devorah did it.  Powerless as a child to confront the guilty parties, Gittel grows up haunted by her inability to set things right.  In her closed Hasidic community in Brooklyn, one does not talk openly about the things she has seen.

I approached this book with some reluctance and delayed reading it for several years.  I didn't expect an ultra-conservative religious community to be an appealing subject.  And I didn't imagine that I would enjoy the inevitable power struggle between stubborn patriarchs and a lone subjugated young woman that I expected the novel to deliver.  So, I was pleasantly surprised by what I read.

Wow!  The book and its story is incredibly moving (it was a real struggle not to cry in public as I finished it on my flight home last night!).  It succeeds because Chayil has avoided the cheap shots and opted instead to produce a book about understanding and healing.  First of all, she obviously loves her community.  It isn't just the rich cultural details that she immerses us in.  It's the nuanced view of that community that she paints.  Avoiding stereotypes, the villains are not mean old grey men, but normal people driven by love and fear.  And in this way, the story becomes universal and transcends its milieu.  Chayil's point is that evil is not a simple thing where individual people can be called out.  Rather, it is the result of customs and habits that bind people to the point that they don't know how to do the right thing.  Gittel's bravery in standing out from her community (and standing up for the weak) is stunning, but Chayil's challenge to the reader resonates longer.
Posted by Paul at 10:22 AM