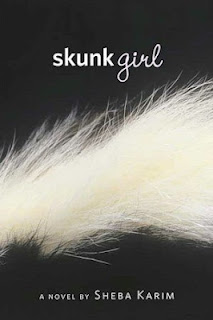 Nina Khan struggles with the things that other girls like her in High School do (getting good grades, avoiding social gaffes, getting noticed by a cute boy), but she also faces some unique issues in her small Upstate New York town.  She's the only South Asian in her school and is burdened with her parents' rigid rules and expectations (no fraternization with boys, no parties, etc.).  While she respects her parents' concerns, it is frustrating that they are so ignorant of how embarrassing it is to be a lone Muslim girl in such a Western place.

When it came out, the book received a lot of attention for its complex depiction of life as a Pakistani teenager in America.  That initially turned me off from reading the book.  Was the author just trying to score points on a political correctness scale?  Was this some token book for Pakistani kids?  But, like with any good book, I was able to find things about this novel that were universal and enjoyable.  You can certainly read it to experience a bit of Pakistani culture, but that is not the sole point. It's not that Nina's racial and ethnic identity is irrelevant (it's an integral part of her character), it's just that she's so basically "normal" in all other ways.  Her parents may have high standards, but what child hasn't felt that way about their parents?

The story itself lives on the strength of its characters.  Nina is, of course, a major force, but the supporting characters are also interesting, ranging from her friends (and even her nemesis Serena) to the boy interest (a mildly shallow but thoughtful Italian boy) to Nina's parents.  I especially liked Nina's father, who showed a complex ability to sympathize with Nina's struggles while upholding his values for her.  The only character that didn't work for me was Nina's older sister, who becomes rather preachy and seemed more a mouthpiece for the author than a legitimate character in a fairly slapdash finale.

Overall I liked it.  It avoided cliches and easy solutions, leaving open lots of possible solutions to a situation that is complex and treated as such!
Posted by Paul at 3:46 PM