The Girl in the Park, by Mariah Fredericks 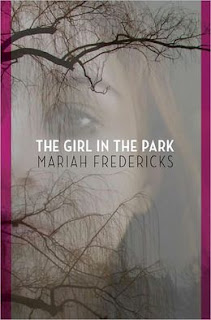 Once upon a time, Rain and Wendy were best friends.  Wendy was the brash and fearless one who always urged the shy and more restrained Rain to seize the day ("go for it, tigress!").  Rain never could quite manage it, but after Wendy is killed in a brutal assault in Central Park, Rain wants to figure out why it happened and she launches her own private investigation.

There are plenty of suspects (being brash and fearless can earn you plenty of enemies!) and early evidence points to the bad boy at school with whom Wendy had a fling.  But as Rain digs deeper, she discovers some dark secrets about her school, her friends, and herself.

It's a nicely-paced whodunnit, with a bright and interesting girl solving the murder.  I found myself a few pages ahead of the characters in figuring the whole thing out, but that is mostly because the story follows the predictable conventions of a classic mystery novel (i.e., just think of who's getting a lot of attention in the story but is not a current suspect).  However, while the story follows conventions, I enjoyed Rain's intelligent insights on her peers, as well as her weaknesses (mostly adolescent insecurity) that made her a bit more vulnerable than Miss Marple.
Posted by Paul at 12:57 PM