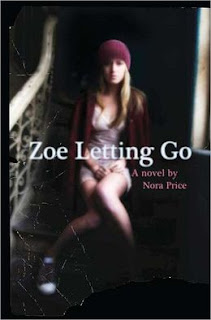 When Zoe's mother drops her off at the Twin Birch facility, she won't explain why she is doing so.  But Zoe quickly realizes that the other five girls there suffer from eating disorders.  That just heightens the mystery since Zoe isn't like that!  She keeps an eye on what she eats, but she doesn't starve herself like those girls do!  Still, there's something about Zoe that seems to bother the other girls, and it creeps Zoe out that no one will tell her what it is.

The edginess of the opening is quite a draw and I had high hopes for something unusual to come from this novel.  Unfortunately, after the excellent set-up, Price opts for a more traditional rehabilitation story in the end.  There's some mystery in the details, but in the end, there really is something wrong with Zoe (she just needs to figure it out)!  And the author takes so long to deliver the answers that most readers will have figured the whole thing out long before Zoe does.  That slow pace, combined with the loss of that initial creepiness, were the key disappointments.

On the positive side, I liked the author's idea of inserting recipes into the story -- a nice device in a novel about eating!  And some of the recipes sounded pretty good!
Posted by Paul at 4:08 PM