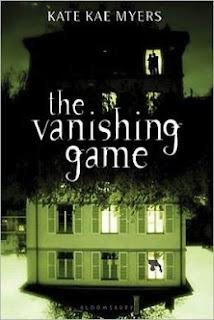 A few weeks after her twin brother Jack is killed in a car accident, Jocelyn receives a letter from "Jason December." This comes as a shock because it was a secret code name that Jack used while he was alive.  Only Jocelyn and a mutual friend (Noah) know about it.  Could Jack still be alive?  Jocelyn must find out. Armed with this piece of evidence, she heads to the town of Watertown and to Searle House, the foster home where she and Jack were raised (and where they met Noah).

Searle House is not a place of happy memories and Jocelyn's search forces her to go through those painful memories, looking up people that she would just as soon have forgotten.  Teaming up with Noah, the two of them look up their old compatriots and enemies, following clues that Jack has left for them.  But other people are interested in their search and things quickly grow very dangerous.

The result is a very strange story that never quite gelled for me.  Motivations are jumbled and confusing.  Even in the end, when you hoped it would all get wrapped up, elements of the story (partly supernatural, partly psychological, and party realistic) failed to add up or make sense.  The storyline itself is chaotic and races in several directions at once. Being a nostalgia trip, flashbacks are to be expected, but they are very distracting and break up the flow of the story.  It's a hard read and the ending is abrupt and not tied enough to the rest of the book.  Foreshadowing is virtually non-existent.

On the positive, the story is interspersed with some great logic puzzles and there can be a lot of fun in putting down the book to take a shot at solving them before the characters do.  There isn't always enough information to work them, but it's fun to try.
Posted by Paul at 6:28 PM