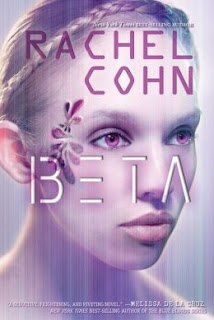 Elysia has been created (cloned from the body of a recently deceased girl) to be a servant in the utopia of Demesne.  She is also a rare attempt at cloning a teenager -- a process full of controversy and challenges, many of which Elysia doesn't yet truly understand.  Purchased and adopted into a powerful family as a surrogate for the family's eldest daughter, who has gone away to school, she is a simple plaything for the people around her.

Dystopias are far too trendy these days and it is inevitable that a decent "reality" writer like Cohn would give it a shot (anyone care to imagine what a Sarah Dessen dystopian novel would look like?).  Surprisingly, it's a strong contribution to the genre.  The story is fast-paced and generally consistent, avoiding too many annoying plot twists.  The ethics and issues raised by the novel (ranging from struggling to meet adult expectations to drugs and peer pressure) will resonate with young readers.  In sum, I enjoyed reading it.

My biggest complaint is with the ending that meanders a bit too much.  Cohn both tries to tie up loose ends (often awkwardly) and simultaneously introduce a silly plot twist at the end that is designed solely for the creation of the need for the sequel, Emergent.  Will someone explain to me why dystopian novels always have to come out as trilogies?  Somehow Huxley and Orwell managed fine in fairly thin single volumes!
Posted by Paul at 1:28 PM