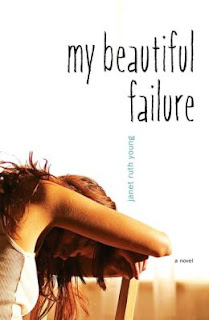 Billy's father suffers from manic depression and when Dad's obsession with restarting his art career threatens to put him back into the hospital, Billy becomes desperate.  However, nobody else in the family seems to be concerned with what is happening.  Unable to fix the situation at home, Billy embraces the opportunity to work at a suicide prevention line.  Knowing something about mental illness first hand, Billy figures he can do some good.

But as his father's condition starts to worsen, Billy find himself caught in his own problems:  a girl named Jenney who keeps calling in.  At first, he finds he just enjoys listening to her, but soon it grows into something more.  Going around the organization's rules, Billy becomes more and more involved in her issues.  Too late, Billy comes to understand why those rules exist.  Simultaneously, Billy has to deal with his father's potentially devastating public art exhibit.

Short and breezy, the story is a good fast read, but it is a bit of a disappointment.  Too many lost opportunities.  There are some lovely ironies in the story that I wish that Young had called out in the end (but which I won't reveal here as they would spoil the ending).  I also found the climax a bit underplayed.  And while I hate conveniently clean conclusions, too much is really left unresolved in the end (most notably, no coming to terms between father and son).
Posted by Paul at 3:15 PM