The Wolf Princess, by Cathryn Constable 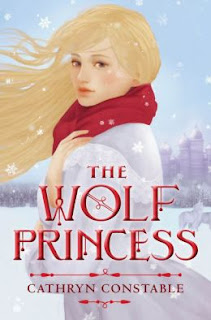 Three girls from London (Sophie, Delphine, and Marianne) are invited to be guests of a mysterious Dr Starova in Saint Petersburg during their break.  But instead of ending up with the doctor, they are transported to the long-forgotten estate of the Volkonskies.  Their hostess is the last Princess Volkonskaya, who takes a special interest in Sophie.  This is an odd choice as Sophie is definitely the least inspiring of the bunch.  A scholarship student and an orphan, she is surprised to find the Princess eagerly soliciting her.  And even more surprised when the Princess asks for her help in locating the long-lost family diamonds!

A cute little book in that grand tradition of English Public School Kids Take a Trip Into a Magical Kingdom.  This one stays a bit harder on the realistic side with suitable attention to Russian history, current events, and language (plenty of decent Russian phrases litter the book and a useful glossary at the end provides definitions).  The magic, mostly involving communing with the animal kingdom, is suitably kid friendly and harmless.  The most fantastic element of the story is of course the fact that the kids are basically outside of adult supervision altogether (the English seem as devoted in their literature to putting their young children in harm's way as the Scandinavians!).  Being away from parents won't bother the target audience.  Young readers will mostly enjoy a gentle fantasy adventure.

[Disclosure:  This came to me as an unsolicited ARC, which I'll recycle.  The actual book is not released until September 24th.]
Posted by Paul at 4:08 PM