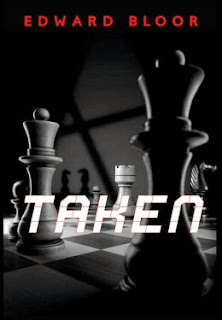 It's twenty years in the future and the world is socially and geographically segregated much more clearly into rich and poor.  The poor struggle to survive, have poor access to healthcare or education, and generally live in shantytowns.  If they are lucky, they have landed jobs as service workers for the rich or have joined the military.  The rich live in gated communities, surrounding themselves with armed guards, and lie in constant fear of kidnappers.  Kidnapping has become big business and every child from the wealthy families is a target.

Charity certainly knows about the kidnappings.  From a few friends who have been nabbed to the training she received in school (she even wrote a paper about it in school!), she understands what to do if you are taken away if you want to stay alive.  So, when she wakes to find herself strapped down to a stretcher on an ambulance far away from safety, she calmly accepts that she has been taken.  Now, it is a simple matter of waiting for things to take their usual course (a ransom will be paid and she will be let go).  However, when things don't go according to plan, Charity realizes that it could all end up badly.

This one's a bit darker than Bloor's other novels (which compared to Story Time is really saying something!).  While mildly satirical, Bloor aims here for overt social critique.  With a pretty heavy hand, he speaks to inequality, racism, and the arrogance of the haves towards the have nots.  The result is fairly preachy and a bit hard to digest (mixing reality and outlandish fantasy in a way that probably disengages readers more than agitating them).  The aim is probably to reach an adolescent audience, but the message is not just loud, it's also muddled.  Given the polemic, characterizations suffer too, so this isn't such a successful outing.
Posted by Paul at 7:31 PM