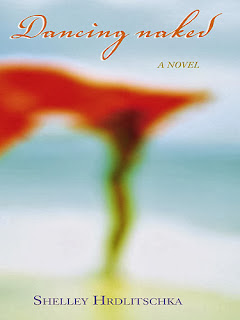 Sixteen and pregnant, Kia is faced with the most difficult set of decisions in her life.  And while she has the support of her family, a social worker, and a kind youth group leader at church, a lot of the weight falls on her shoulders.  Week by week, the story tracks the development of her pregnancy and Kia's adventure with the experience.

Despite some subplots about Kia's relationship with the youth leader and her work at a seniors' home, the novel sticks pretty tightly on the pregnancy.  And it stays pretty matter-of-fact.  This works mostly because pregnancy is an inherently interesting subject and because teen readers will generally relate to Kia's character (who is level-headed but definitely a bit over her head).  For many, the nature of the story provides sufficient dramatic tension.  In apparent consideration of that reaction, the story leans so hard away from drama and theatrics that it comes across more as non-fiction.

The issue that it raises for me, though, is that this isn't much of novel.  In terms of depicting the experience realistically (and thus being educational), the book deserves praise, but it's a bit cold and clinical.  We know that Kia struggles with the decisions about whether to carry the pregnancy to term and whether to give the baby away for adoption, but we really never get inside her head.  Thus, the emotional attachment to the character doesn't develops.  Perhaps the most insightful part is the book's actual title (an allusion to exposing yourself entirely to the world), but in that sense we never really get to see Kia dance naked (at best it's about as fuzzy as the book's cover).
Posted by Paul at 4:36 PM