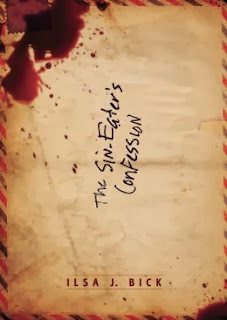 In the midst of serving as a medic in war-torn Afghanistan, Ben recalls the events surrounding the violent death of his friend Jimmy back home in the rural town of Merit, Wisconsin.  Despite the fact that he witnessed the murder, he was unable at the time to come forward and still doesn't really know what happened.  That failure to protect Jimmy, before his death or after, drives Ben to deep despair and he struggles with the doubts it implanted in his mind.

An intense psychological exploration of guilt and personality formation.  And definitely not a cheery piece!  I wanted to hate it for its depiction of rural Wisconsin as some sort of redneck bayou country, but ultimately Bick's depiction of the town Merit was nuanced and authentic.  The stereotypes (beer, brats, and the Pack) come mostly from Ben and are not borne out by the actual actions of the characters.  In fact, the entire novel bucks convention painting a world that is full of infinite shades of gray and less full of certainty than a reader is comfortable with.  Chief among the uncertainties is Ben himself, who struggles with almost every part of his story (not least of which is what he truly felt for Jimmy).

It's an ugly book and a story I don't particularly care to read again.  Yet, it rang true and one has to admire the artistry of the author and the fine craftsmanship of the novel.
Posted by Paul at 8:51 PM