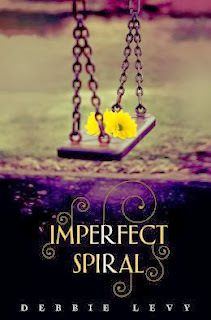 While babysitting five-year-old Humphrey, Danielle loses sight of him for a moment, he runs into the street, and is fatally struck by a car.  At first, Danielle cannot remember the details of the accident and is frustrated by a sense that she was responsible for Humphrey's death.  Her guilt is compounded by her inability to speak up (an issue with stage fright that predates the accident).  But when the community blames both bad traffic controls and illegal immigrants for the tragedy, she searches for the courage to speak out and set the record straight.

A muddled novel that has a hard time deciding whether it wants to be about celebrating life and grief or if it wants to be a polemical work about immigration.  In the book's blurb, the subject of immigration never comes up, but in the afterword, it is all the author can talk about.  One suspects that Levy wrote one thing and got led astray by the other (although which thing?).  Regardless, the two themes don't mesh very well and the result is the lack of a clear focus to the story that ultimately distracts from its power.
Posted by Paul at 7:57 PM