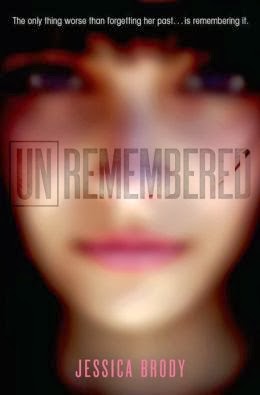 When she wakes up, the girl is told that she is the lone survivor of a crashed plane flight - a crash that no human could have survived.  And that is all she knows.  Her memory has completely disappeared.  She appears to be super smart, multilingual, beautiful and physically strong, but she has no idea how she got that way.  The only clues are a locket around her neck and a tattoo on her arm.  And then there is a young man named Zen who informs her mysteriously that he is going to "rescue" her.

One of the very first things the girl figures out is that she is on the run and that Zen is a friend.  And she doesn't seem to have many of those as several groups of people are chasing after her and appear to want to cause her harm.  If only she could figure out why?  (And, by the way, it would be nice to know some simple basics like what is her name?)

This is not a deep think book, but it is a fast-paced action story with a decent mystery that takes most of the book to unwind.  It's a bit heavier on violence than I generally like and the characters are flat and disposable, but that's an artifact of the genre.  I found it entertaining for what it was.  I probably won't seek out the next installment of the trilogy, but I'm sure it will be amusing.
Posted by Paul at 6:53 PM