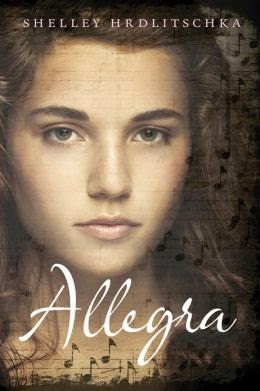 Allegra is the daughter of two professional musicians and, while musically talented, she longs to become a dancer.  When she enrolls at an arts high school, she even tries to place out of music theory.  However, the teacher, Mr. Rocchelli, won't let her withdraw.  He's young and handsome and turns out to be full of unorthodox ideas.  Recognizing that Allegra's knowledge of music really does cover the class's curriculum, he challenges her to compose an orchestral piece instead.  She accepts the alternative assignment and, with his help, produces a masterpiece.  But their close collaboration on the work sparks rumors and accusations of inappropriate behavior from their peers and Allegra finds herself defending their integrity as well as her talent.

It's a good story and I enjoyed reading it in spite of two systemic problems.  The first is the challenge of describing a musical composition in prose.  Without being able to hear the beauty of it, we are stuck with the author's descriptions (and there are only so many times one can read how incredible the music is before the assertions fall flat).  The other issue is the plotting of the story.  The core of the story (Allegra's relationship with her teacher) builds in tension but never resolves, ending in a bit of a literary whimper.  Similarly, the subplots (her dancing career, tensions with friends, a might-be romance with a classmate, and the pending separation of her parents) all peter out without resolution.  This left me at the end with a sense that the story was unfinished.
Posted by Paul at 3:32 PM