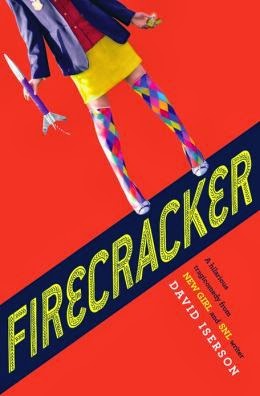 Astrid comes from a super rich family of not-very-nice people.  She isn't very nice either.  Her role model is her ornery grandfather, a politician and corporate big guy, who teaches her how to screw over people and get away with it.

After she is kicked out of her elite private school for cheating, her parents decide to teach her a lesson by sending her to public school.  Being used to buying whatever she wants, public school is a bit of a shock.  Worse is her new therapist who wants her to practice being nice.  At first she tries to buy nice deeds as well, but when that doesn't work, she eventually figures out a way to complete her odious assignment.  Meanwhile, she is hot in pursuit of the person who ratted on her in the first place and got her thrown out of private school.

The result is a story that is long on snarkiness (lots of "whatever" and "I stopped listening") and short on heart.  It's funny for the first 20-30 pages but quickly wears thin.  If it had been more rich girl finds her heart of gold by slumming it (instead of nasty person stays nasty for most of the book but eventually makes points sacrifice), I would have been more taken by the story.  Instead, I simply failed to engage with the characters.  What was intended to be humorous just seemed tacky by the end.
Posted by Paul at 8:38 AM